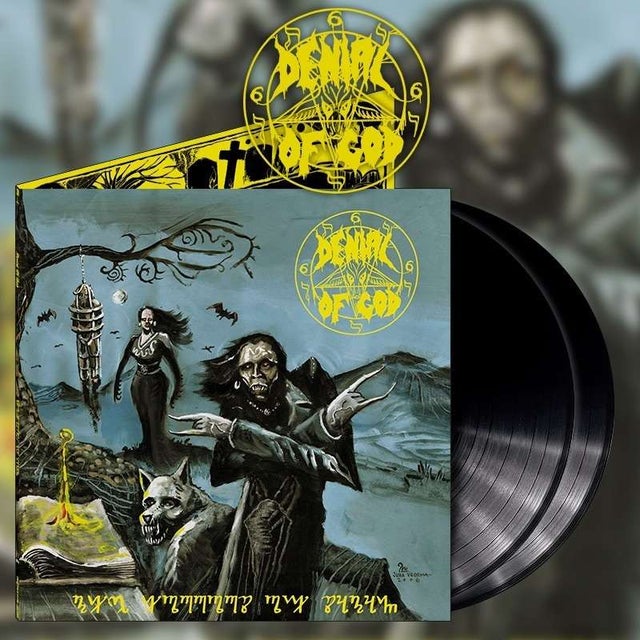 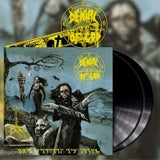 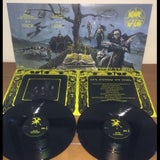 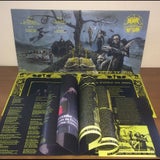 By now, Denial of God should need little introduction. Since that fateful year of 1991, the brothers Azter and Ustumallagam have perfected an idiosyncratic style of black metal that's positively drenched in the supernatural and remains firm in their conviction of more classicist-styled songwriting. In fact, "black metal" might even be a misnomer; rather, BLACK HORROR METAL would be more accurate.

Of course, the journey has never been easy, and such is the case with the band's now-classic debut album, The Horrors of Satan, originally released in 2006. Although a debut album is usually a momentous event for most bands, The Horrors of Satan almost never came to be because of lineup problems. Drummer Sorgh left the band in 1999, just after the release of the mini-album Klabautermanden and just when work was about to begin on DENIAL OF GOD's first full-length. After this, the band worked with session drummer R. Salskov for about three years and songwriting progressed well, when also this lineup fell apart and left the band a two-piece of vocalist Ustumallagam and guitarist Azter. Things looked bleak for the future when no new drummer for years was found, but in 2005, finally, Galheim joined the band and helped incarnate what is now considered the band's classic lineup. Work was immediately assumed for the first album, and in 2006, The Horrors of Satan was finally recorded and released, comprising material that was written from the ‘90s to shortly before the actual recording.

Furthering DENIAL OF GOD's by-then already-unique style, The Horrors of Satan retains a very medieval feel with its lyrics about witches, werewolves, vampires and the infamous iron gibbet, which was a body-shaped iron cage used to display the bodies of dead or dying criminals. The album also became the beginning of a new and stronger chapter for DENIAL OF GOD, with many of the songs still appearing in the band's live sets today - a chapter which, so far, has produced several EPs and three albums. It also saw the band moving towards an even-more-epic songwriting, proved by the 13-minute title track, for example, which closes the album.

At long last, The Horrors of Satan is back on vinyl again for the first time in 14 years, with CD and cassette versions also to be widely available. Experience this resounding classic again, or for the first time!

A2   The Curse Of The Witch

A3   The Witch - Now A Restless Spirit

B1   The Book Of Oiufael

C2   A Night In Transylvania

D2   The Horrors Of Satan